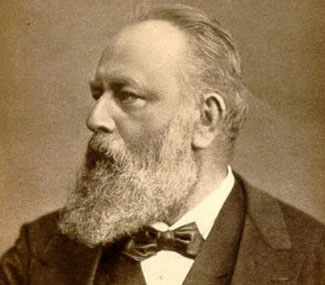 Christian Albert Theodore Billroth was born on April 26, 1829 in Prussia. He introduced a pattern for surgical operations of the stomach, biliary tract and female genitalia and is now considered the founder of modern abdominal surgery. Many of his methods are still used today.

During his first semester in medical school in Greifswald, he studied natural sciences. Billroth received his doctorate in 1852, and passed the state medical exam that winter. He then went to work in the ophthalmological clinic of Albrecht von Graefe.

Early in his medical career, Billroth published works relating to pathology of cystoid tumors in the testis, blood-vessel development, comparative anatomy of the spleen and pathological histology.

In 1855 he discovered, after writing his first monograph on polyps, that benign and malign polypoid tumors of the colon were related. As a result, he recommended early treatment for the condition. While writing his numerous works, Billroth began to teach historical developments in surgery and became professor of surgery and director at the University of Zurich from 1860 to 1867. He then went to teach at the University of Vienna and became the head of The Second Surgical Clinic at the General Hospital.

Billroth studied the bacterial causes of wound fever and implemented antiseptic techniques in his surgical procedures. This application resulted in successfully performing many high-risk procedures. In 1867, Billroth described in a report the complete removal of a carcinomatous prostate. His success during surgeries led him to be the first surgeon to remove a section of the oesophagus and join the remaining parts together (1872), complete excision of a larynx (1873) and remove a rectal cancer. In 1881, Billroth successfully abstracted a cancer pylorus—an almost inconceivable procedure for his time.

Billroth was a member of the Academy of Sciences in Vienna, an honorary member of 32 scientific organizations and a member of the Austrian Herrenhaus. He was honored with 16 decorations and founded the Royal & Imperial Physicians Society House in Vienna—K. K. Haus der Gesellschaft der Ärzte. Billroth, known as the greatest German surgeon of the late 19th century, died on February 6, 1894 in Vienna.