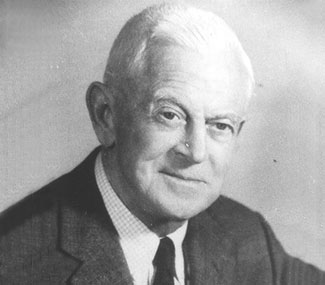 Wirt Dakin, MD completed his urology training with Louis Schmidt in Chicago in 1912. He began to practice in Los Angeles, and in 1916 filmed the first urologic movie: an open prostatectomy. Due to poor lighting, it had to be shot on the roof of the old LA General County Hospital. He was introduced into organized urology and the AUA by Miley Wesson. By 1927 Dr. Dakin was secretary of the fledgling Western Section of the AUA, and president in 1929. The AUA created the office of the historian in 1947 with the intention of having Dr. Dakin fill this position—one he wholeheartedly did until 1965. One his major goals was to compile a history of the AUA for the 50th anniversary, but lack of contributions prevented the success of this initiative. He also tried to create a photographic record of past AUA annual meetings. While he was not able to compile a complete collection, those he did obtain are now part of the collections of the William P. Didusch Center for Urologic History. In 1965, Dr. Dakin co-founded, with Frank B. Bicknell, MD, the History of Urology Club, now known as the History Forum.