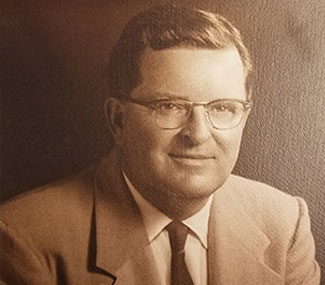 The "Ellik Evacuator" has gained widespread recognition as an indispensable tool in the arsenal of urologic surgeons around the world ever since its invention by its namesake Milo Ellik in 1937. Ellik (pronounced ee-lick according to family) designed the device to retrieve resected tissue from the bladder, including bladder tumor, prostate chips, and stone fragments as a great advancement upon an earlier version by HJ Bigelow (1818-1890). Most urologic surgeons are familiar with the Ellik Evacuator, but little is known or published about Milo Ellik himself. His son, Noel Ellik, would remember "people would live and die by every word he said. They thought he was one of the finest urologists in the world."

Born in Chicago in 1905, he grew up as an orphan and supported himself through his early years. He was known as a studious and quiet child with a hidden artistic flair that was revealed through his work as an illustrator, as well as his performances in the school theatre. His high school yearbook described him as a "clever artist," who "wore a mean crease in his trousers." He worked as an assistant in a local pharmacy, a job that piqued his interest in medicine and drove him to complete a degree in pharmacy at the University of Iowa in 1928. Ellik then gained admission to the University of Iowa School of Medicine, earning his M.D. in 1932.

Ellik completed his residency training in urology at the University of Iowa under Drs. Nathan G. Alcock and Rubin H. Flocks, well-renowned for their innovations in the field of prostate surgery, and their role in developing the institution's urology residency program. It was during his time as a resident that Ellik developed his eponymous evacuator device. Legend has it that Dr. Alcock instructed Ellik to go to the glass-blowing shop within the Department of Chemistry and make him an improved evacuator. Ellik's creation proved to be extremely useful for this purpose, and he published a paper in the Journal of Urology in 1937 where he described how his evacuator "[saves] the transurethral surgeon invaluable operating and anesthetic time, plus an inestimable amount of tedious instrumentation." Though he never patented or saw any income from his invention, it was later patented by C.R. Bard in 1940. While modern bladder evacuators may bear little resemblance to Ellik's original prototype at first glance, the simplicity and elegance of his design remain to this day.

Shortly after completing residency, Ellik moved to Long Beach, California, where he settled down, opened his own practice, and had three sons with his wife, Edythe Carolyn Ellik. Ellik was drafted into the US Navy in 1942 and served as a Lieutenant Commander in the South Pacific until 1946. Following the war, he continued to dedicate himself to further medical advancement and education. He served as the President of the LA Urological Society in 1952, and gained professorship as a Professor of Surgery at Harbor-UCLA where he taught the next generation of urologists.

His passion and dedication to medicine continued until his death in 1979. Ellik's contribution to the field of urology extends far beyond the Ellik Evacuator. Though he was a private man who never spoke much about himself, his patients and family remember him as a "very dedicated physician even until the end."

Personal biographical information was obtained from Ellik's living descendants as well as historical references and archives.