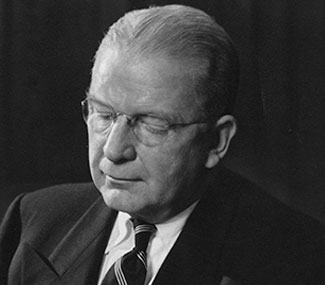 Born in St. Cloud, Minnesota, Frederic Eugene Basil Foley did not aspire to be a doctor from the time he was in diapers. Instead he graduated from Yale University with a Bachelor's Degree in English in 1914. A year later, he was admitted to the medical school of the Johns Hopkins School of Medicine, graduating in 1918. He stayed to continue his studies by scrubbing in to surgeries and exploring pathology with Dr. William Stewart Halsted at the Peter Bent Brigham Hospital. After two years, Frederic moved to Boston, Massachusetts and secured a position as a laboratory assistant at Harvard University in the Department of Surgical Research.

Frederic was considered a "pioneer" in medicine, as he developed seven urologic devices, including his renowned Foley balloon catheter. Frederic Foley and rubber chemist R.A. Lees created the first prototypes of the balloon urethral catheter and presented at the American Urological Association national convention in 1935. While Frederic was perfecting his model, companies Raiche and Davol patented their own version of the balloon catheter.

Though patent rights were never awarded to Frederic Foley, the C.R. Bard Company of New Jersey began distribution of balloon catheters under the name of Foley catheters. Though the materials used to create today's catheters are different, the original structure and design remain from the 1930s.

Although the Foley catheter is the most notable innovation for which he will be remembered, Frederic Foley also developed a technique for treating strictures of the pelvic-ureteric junction, called the Foley Operation or the Foley Y-plasty. He invented the hydraulic operating table, rotatable resectoscope and described the first artificial sphincter.

Frederic had an astonishing footprint in medicine before his death at the age of 74 due to complications of lung cancer.