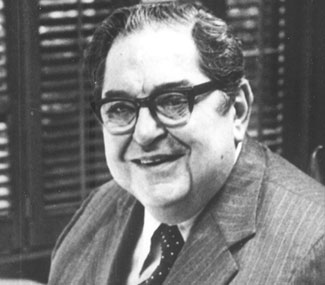 Ralph Landes, MD, head of urology at Danville, VA., succeeded Wirt Dakin, MD as AUA Historian in 1966. Like Dr. Dakin, he planned to put together a history of the AUA for the diamond jubilee. Numerous requests to the section historians for submission of their respective histories went unanswered, and he too abandoned his project. Instead, with the help of his eventual successor Adrian Zorgniotti, he compiled a number of essays on the history of select urological topics. Published in 1976 as "Perspectives in Urology, Vol I," this booklet remains a valuable source of information on the history of the urologic specialty.

Dr. Landes was historian of the Mid-Atlantic Section of the AUA for a decade until 1984, and its president in 1981. While he was AUA historian from 1965 to 1980, William P. Didusch donated his collection of original drawings and instruments to the AUA, which became the nucleus of today's museum. The museum opened officially on January 12, 1972.