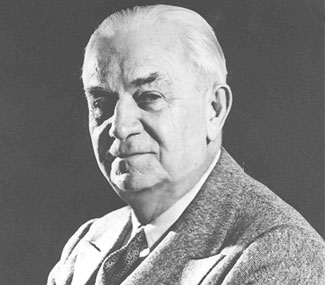 Joseph Francis McCarthy, MD, born June 12, 1874 in Yonkers, New York, attended a local parochial school and subsequently obtained a pharmacy degree in 1896 at the New York College of Pharmacy. After a couple of years working as a pharmacist, he entered Columbia University College of Physicians and Surgeons and finished with a medical degree in 1901. After an internship at Bellevue Hospital and subsequently as their house surgeon, Dr. McCarthy continued his studies in 1904 at the urologic clinics of Berlin, Vienna and Paris. After his return to the United States, he worked at the New York Postgraduate Medical School and Hospital and was appointed professor of urology in 1917. He also became a clinical professor at the Columbia University College and in 1938 accepted the directorship of the department of urology at the New York Polyclinic Medical School and Hospital until 1940.

Dr. McCarthy had an avid interest in diagnostic procedures and instruments. Among his best-known instruments are his foroblique lens that he designed with Reinhold Wappler of ACMI and a panendoscope for this lens system. His other instrument is based on the developments of Maximilian Stern and T.M. Davis and is still known as the Stern-McCarthy resectoscope. In 1941, Dr. McCarthy was awarded the Francis Amory Prize by the American Academy of Arts and Sciences for the development of such urologic instruments. His resectoscope led to the development of numerous modifications, all based on his design. It is still used in many places. Dr. McCarthy died January 21, 1965.