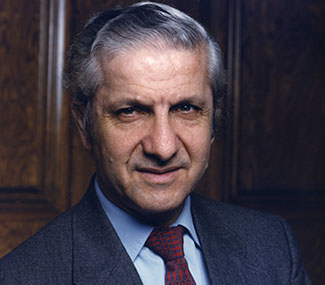 Shlomo Raz, MD was born in 1938 in Montevideo, Uruguay. After studying at the University of Montevideo (UM) and receiving his medical degree, he completed residencies in internal medicine both at UM and also abroad at Rambam University Hospital in Haifa, Israel. Dr. Raz also completed a general surgery residency at Poriah Hospital in Tiberias, Israel and was a urology resident at Hadassah University Hospital in Jerusalem. After doing a fellowship in surgery/urology at the University of California, Los Angeles (UCLA), he returned to Israel and served on the urology staff at Hadassah University and returned to UCLA in 1976, where he remains today. He is now co-director of the division of female urology, reconstructive surgery and urodynamics.

Dr. Raz specializes in pelvic floor disorders, prolapse, incontinence and urodynamics. He is the recipient of the AUA's John Lattimer Award (1999), the Medalla Francisco Diaz award from the Spanish Association of Urology (1998), the F. Brantley Scott Award from the American Foundation for Urologic Disease (1998) and the Lifetime Achievement Award from the Society for Urodynamics and Female Urology.