Philipp Bozzini, a German army surgeon, in 1807 invented the Lichtleiter, the predecessor of the modern cystoscope. By the mid-1800s, several new instruments were created including one, a variation on Bozzini’s instrument by Antoine Desormeaux in Paris. Last July, the William P. Didusch Museum of Urologic History acquired the Wales Cystoscope, a rare and unique cystoscope that was invented around the same time in the United States, from Dr. M. Donald Blaufox, Professor and Chairman Emeritus of the Department of Nuclear Medicine at the Albert Einstein College of Medicine.

Philip Skinner Wales (1837-1906) was a surgeon who entered the United States Navy in 1856 and served throughout the Civil War. He organized and held charge of the Naval Hospital at New Orleans during the operations of Admiral Farragut’s fleet in the Mississippi River. He was one of the first surgeons to attend President Garfield when he was shot. He was Surgeon General of the Navy (1879-1884) and founded the Museum of Naval Hygiene in Washington D.C. which later, combined with the naval laboratory and Department of Instruction, became the prototype of the Naval Medical School. 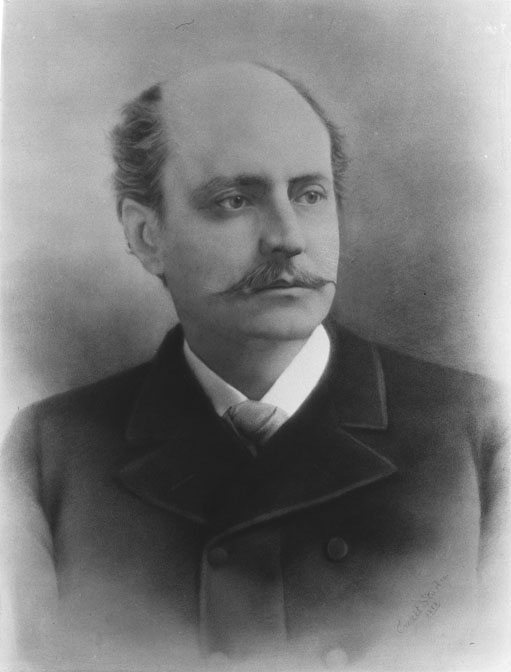 In 1868 he published a series of papers in the Philadelphia Medical and Surgical Reporter on “Instrumental Diagnosis,” with a paper entitled “Description of a New Endoscope.” The instrument contained a metal shaft with an acute beak and used an ophthalmologic mirror to reflect light down the channel. The surgeon peered through the center hole to look into the bladder. Wales used his instrument multiple times in his private practice. Wales writes that the advantages of his cystoscope were that it was simple to produce and cheap compared to Desormeaux’s endoscope. Furthermore it was light, weighing approximately 2 pounds. The main drawbacks of Wales’ cystoscope were the inadequate illumination, as the light source was external and projected from the outside through a narrow channel into the bladder, and that without an optical system the image appeared relatively small. Horatio Kern, a well-known instrument maker in Philadelphia, that also supplied surgical sets and instruments for the U.S. Army during the Civil War, produced Wales’ cystoscope.

The Wales cystoscope is unique in that it had an American inventor and was simple in design and cheap to produce. It is an important historical artifact and is one of the earliest and rarest cystoscopes developed. Its acquisition completes the Didusch Museum’s cystoscope collection which can be seen in the museum’s central display case.