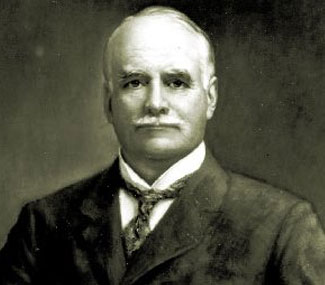 Eugene Fuller, MD was born in Wayland, MA on May 8, 1858 and, like all male Fullers since Thomas Fuller arrived from England in 1638, went to Harvard, eventually graduating from Harvard Medical School in 1884. He spent 1884 and 1885 traveling through Europe, the Balkans and Russia, visiting medical universities and hospitals. Upon Fuller's return to America, he moved to New York and soon became an assistant to eminent urologist Edward L. Keyes

In 1890 Eugene Fuller met and married his wife Margaret MacTavish, the daughter of one of Dr. Keyes’ patients. After the honeymoon, Fuller and his wife settled in the Murray Hill district of New York, where he established his independent practice and wrote urologic textbooks, publishing Disorders of the Male Sexual Organs in 1895.

He became an instructor of genitourinary and venereal diseases at the New York Postgraduate Medical School, served on the staff of the Post Graduate Hospital, and became a leading urologist on the east coast. Dr. Fuller was an early member of the American Urological Association (1904) and became the 7th AUA President in 1910.

Eugene Fuller was an instructor of genitourinary and venereal diseases at the New York Postgraduate Medical School. He was the first to accomplish the removal of both intravesical and intraurethral enlargement of the prostate using the suprapubic approach. Dr. Fuller's technique gave way to the perineal approach pioneered by Hugh Hampton Young, MD, but he is still considered a leading historical figure for his advances in prostate surgery.

If you would like to read Eugenia Fuller Atwood's full article on her father as printed in Urology, Sept. 1973, Vol II, Number 3.