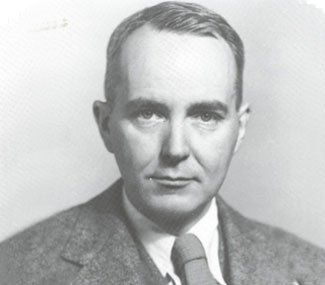 Nobel Prize winner Charles B. Huggins, MD was born on September 2, 1901 in Halifax, Nova Scotia where he went to public school and college. He then went to Harvard Medical School, where he was the youngest student in his class, and graduated in 1924. He subsequently moved to the University of Michigan where he did his internship and began his specialty training.

He continued this training at the University of Chicago where he was offered a position as research assistant and, shortly thereafter, the directorship of the division of urology. Though his training had been in surgery, he accepted the offer and bought the Edward Keyes textbook Urology, which he literally memorized in a very short period of time.

Early on, he was interested in scientific research and, in the 1950s, began to relinquish his surgical activities bit by bit. Dr. Huggins was known for his curiosity, creativity and almost old-fashioned hard work, frequently coupled with his delicate humor. His first major research dealt with induced transformation of one cell type into another, transforming fibrous tissue into bone by implanting bladder epithelium in a different host site. Dr. Huggins wrote about this: the actual value of this spectacular experiment was to lead a young practitioner into the delights of discovery in the exciting world of research.

His next research activity dealt with the relation of body temperature to hematopoiesis in bone marrow. This work, based on transplantation of bone marrow from a rat tail into the abdomen, resulted in one of the three gold medals he received from the American Medical Association.

As Dr. Huggins was asked by his patients about the function and purpose of the prostate, he realized that for both normal and diseased states, very few research papers existed. In the late 1930s (with his students  Clarence V. Hodges and  William W. Scott) he studied the relation between the endocrine system and function of the prostate gland, and later the control of inoperable prostate cancer. Until then metastatic pain had been treated by a radiation of nerve roots and through successively larger doses of alkaloids.

Hormonally-induced regression of prostatic carcinoma, and particularly the resolution of pain, was many times quite spectacular. "Humanity owes a great debt to Charles Huggins," said Paul Talalay, director emeritus of the pharmacology department at The Johns Hopkins University and a previous student and collaborator of Dr. Huggins.

In October 1966, Dr. Huggins received the highest decoration in the scientific world, the Nobel Prize for Physiology and Medicine, jointly with the virologist Peyton Rous. It honors the importance of Huggins' work and research that influenced other scientists and their research relating to the behavior of cancer cells. His discovery opened an era of rational chemotherapy of malignant diseases through manipulation of the endocrine regulation. He was able to demonstrate in 1951 that breast cancer was, like prostate cancer, dependent on specific hormones, and that advanced breast cancer could be influenced positively through hormonal manipulation. However only 30 to 40 percent of women with breast cancer responded positively to this treatment. Huggins, searching for a method to predict positive responses, convinced his colleague Elwood Jensen at the Ben May Laboratories in Chicago to develop a method to identify estrogen receptors. This has led to today's classification of breast cancer as estrogen-receptor positive or negative, an important prognostic and therapeutic marker.

The Ben May Laboratories at the University of Chicago were made possible through Huggins' contact with Ben May, a businessman from Alabama. After several years of discussions, Ben May agreed to support the Ben May Laboratory for Cancer Research (now the Ben May Institute for Cancer Research), which was opened in 1951 with Huggins as its first director, a position he kept until 1969, when Elwood Jensen succeeded him.

Dr. Huggins received numerous awards and honorary degrees and, in addition to the Nobel Prize received the "Pour L'Merit Order of the Federal Republic of Germany" in 1958. The AUA awarded Dr. Huggins the Ramon Guiteras Award in 1966. He was the last of the original eight faculty members of the University of Chicago, and died on January 12, 1997 at the age of 95.