The Instrument that Made Urology

Little did I know at that time of the fascinating history of this instrument, beginning with the ingenious vision and design of the Lichtleiter by Philipp Bozzini in 1806. This instrument stimulated many others to investigate the possibility of looking into the cavities of the living human body. Over the next decades, people such as Desormeaux in Paris, Cruise in Dublin and Fisher in Boston tried to create a usable instrument. Among the best of them is a little known instrument: American Philip Wales had Kern in Philadelphia create an instrument that used a perforated mirror to reflect light and allow the observer to look into the human bladder. The drawback of such instruments was their inadequate light source projecting light from the outside through a narrow channel into the bladder. And, without an optical system, the image appeared very small. 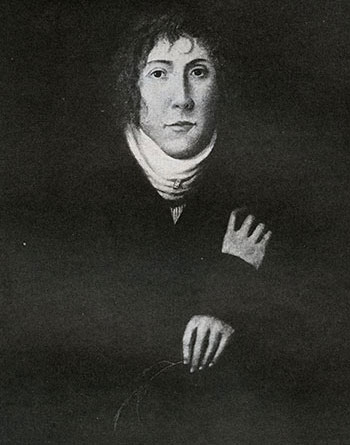 It was not until Maximilian Nitze came up with the brilliant idea of creating both a lens system for the shaft of his instrument and an internal light source that these drawbacks were overcome. In his initial instruments, this light source was a white-hot platinum wire that required a laborious and cumbersome cooling system. Even after the mignon bulb had been developed in Rochester, New York, he refused to change his light source for several years. When he eventually agreed to the new technology, the cystoscope was rapidly accepted by surgeons for examinations of the lower urinary tract. Within years, the ramifications of this instrument began to show; one of the first was the insertion of such a cystoscope into the abdomen, heralding the birth of laparoscopy in 1901. Arthroscopy, thoracoscopy, colonoscopy, bronchoscopy, gastroscopy and others soon followed with further improvements of these instruments. 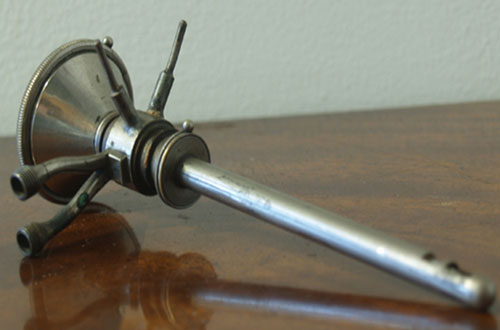 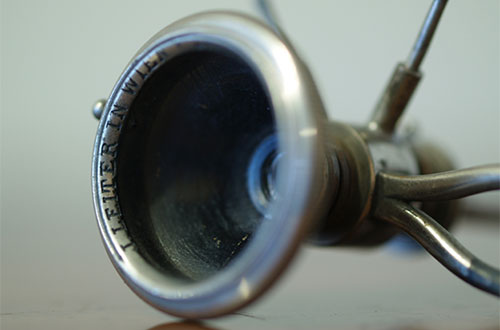 I remember well using the "work horse" of American urology—the Brown-Buerger cystoscope. In my early days, a good cystoscopy required the insertion of three different instruments, including one for retrograde examination. Although the images were good, the light bulbs tended to burn out without any warning signals. Hugh Judge Jewett of the Johns Hopkins Hospital frequently berated the operating room nurse because the bulb in his cystoscope burned out. A burned-out bulb at the tip of the instrument required withdrawing the instrument, unscrewing the tip of the instrument to remove and replace the bulb, screwing the tip back on, reinserting the cystoscope and proceeding with the examination. No wonder then that these examinations were done under general anesthesia.

Today it is hard to imagine that we once used large funnel-shaped glass beakers on unstable metal stands to irrigate for cystoscopies. When one of these tipped over, shattering glass and spreading water all over the floor of the operating room, it was an unwelcome and disruptive interruption of the procedure. Today, using plastic bags and fluids other than the water used into the mid 1900s are some of the numerous advances that I have seen. The next step was the glass fibers that bring brilliant light from the outside through the cystoscope into the bladder, akin to a reversal of the initial placement of the outside light source to the tip of the instrument. Then appeared the Hopkins Lens system, which created a bigger, brighter and sharper image than anything we had before. It is hard to believe that lawyers at Johns Hopkins felt it important to sue for fear that the name of this lens system, named after Harold H. Hopkins from the United Kingdom, would reflect badly on the name of their institution, should there be any problem with this lens system. Finally in my later years of practice, I saw the merging of light transmission through glass fibers and viewing the image through glass fibers within the same system, a true fiber-optic system: flexible, thin, easy-to-use and with a channel to allow operators to perform aspirations and cell harvesting for diagnostic purposes.

One of the most rewarding experiences of my life as curator also relates to the cystoscope. The only remaining Lichtleiter had been kept since 1806 in what was then the military academy of medicine in Vienna, Austria, and now the Josephinum medical museum. The instrument disappeared in 1945 as Allied forces occupied Vienna and resurfaced approximately 20 years later at the American College of Surgeons. No one knows for sure how it came into the hands of the College of Surgeons in Chicago. After working with the College for several years, we were finally able to see the instrument returned to its "birthplace" in Vienna, an event that was celebrated by the AUA, the College of Surgeons and the curator of the Josephinum at the AUA's Centennial Meeting in 2002.