Previously infertile men are becoming biological fathers today because of the innovative thinking of urologists, whose influence is apparent in the many aspects of the diagnosis and treatment of infertility. Some of the key discoveries in this arena include the importance of semen quality in achieving conception and the role of varicoceles (varicose veins of the testis) in causing infertility. Advances have been made in the use of testicular biopsies, ultrasound and laboratory assays in evaluating fertility problems, and urologists have played a part in the emergence of endoscopy, microsurgery and fertilization techniques in treating fertility problems in men. Name an area and you can see just how far this specialty has come since Dutch microscopist Antonie van Leeuwenhoek first viewed and described spermatozoa in 1677 and since others observed the sperm-ovum fertilization link two centuries later. 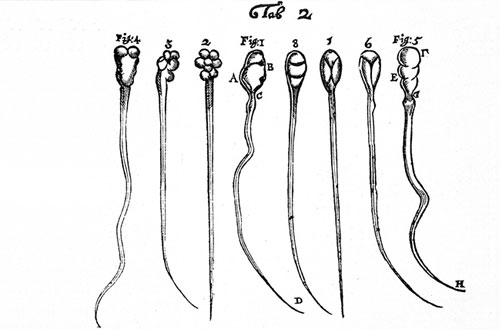 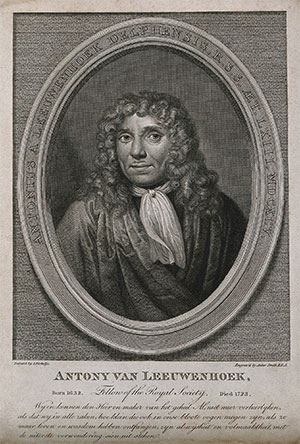 While some investigators were establishing these basics, others were investigating the mechanisms of testicular failure. In June 1940, urologist Charles W. Charny from Philadelphia showed that biopsies and microscopic tissue studies could reveal the function of the testicles and, particularly, the function of the thread-like seminiferous tubules that produce and transport sperm within the testes.

By 1955, Scottish surgeon W. Selby Tulloch had suggested that enlarged varicose veins around the testicles in some men could hurt sperm production. Surgery to correct the problem was one of the first solutions urologists had to offer infertile men once they understood the association of impaired sperm production and varicose veins. But, although they know varicoceles can impair testicular function, doctors still don't understand why some men with the problem are infertile, why they can't always be cured, or why others with similar varicoceles are fully fertile.

Urologists also understand now that hormones are important in regulating sperm production, thanks to the 1971 work of Albert Einstein Medical Center's Emil Steinberger. His basic research paved the way for laboratory tests to determine if a man's sterility is rooted in obstruction or in impaired sperm production, since serum hormones change in the patient with testicular failure but not in the one with obstruction. Steinberger's findings also opened the treatment doors for men whose infertility was due to insufficient hormone production. Other diagnostic tools followed in 1985 when Larry I. Lipshultz and colleagues at Baylor College of Medicine popularized the use of ultrasound to identify obstructions in the male ductal system. Ultrasound proved invaluable by allowing doctors to get information without hospitalization or invasive procedures.

Though surgery was no longer as necessary for diagnosis, it was still a viable treatment option. By the early 1990s, cutting-edge urologists were showing others how microsurgery could help them reverse vasectomies and remove obstructions. In a 1991 study, for instance, Arnold M. Belker, of the University of Louisville in Kentucky, demonstrated that such techniques produced semen in 86 percent of 1,247 men receiving first-time vasectomy reversals, with pregnancies in 52 percent of the couples.

While these techniques yielded improved results, other technologies already had proven their therapeutic worth. In 1980, South African urologist C. M. Weintraub showed that endoscopy could be useful in repairing ejaculatory ducts whose obstruction prevented semen from traveling to the urethra.

With in-vitro fertilization coming of age in the 1970s and 1980s, other urologists developed special assays to evaluate sperm for this high-tech procedure. They based their findings on techniques used by University of Hawaii School of Medicine's R. Yanagimachi, who suggested in 1976 that by injecting sperm into specially processed hamster eggs, he would be able to predict the sperm's function in vitro. Impaired sperm would not penetrate effectively.

By 1992, Belgian Gianpiero Palermo had produced another tool—intracytoplasmic sperm injection (ICSI)—to retrieve single sperm that could be injected into a woman's egg to produce an embryo (in-vitro fertilization). This procedure, and subsequently developed techniques, allowed recovery from the epididymides and even the testes—sperm reservoirs previously deemed unlikely sources of viable sperm from men once thought to be untreatable.

Despite such progress, however, scientists are still exploring many areas, particularly the role of genetics, in male infertility. Findings could result in gene therapy to manipulate sperm in an effort to increase their health and function.

Male infertility continues to be one of the most common diagnoses seen by urologists. The clinical presentation for these men is varied and includes among other issues: environmental factors (including cigarette smoking, phthalates in the environment, air quality, radiation); workplace factors (including heat in the workplace and toxic exposures); previous surgeries, genetic factors and even obesity.

Varicoceles continue to be one of the most common reasons for male factor. Microsurgical repair of the varicocele remains the mainstay for improvement in spermatogenic factors. The theory being that the varicocele causes increased testicular temperature (and possible reflux of adrenal metabolites through the gonadal vein) and this impacts sperm concentration and motility. Micro surgical repair allows men with severe oligoasthenospermia secondary to varicoceles to have biological children without advanced reproductive techniques.

Treatment for male factor infertility has continued to expand over the past two decades as innovations in surgery and pharmacologic management continues to evolve. In any case, we can expect the imprint of urologists on new techniques that give men a biological chance at fatherhood.